As noted here, yesterday marked the final “regular” (???) column in the Philadelphia Inquirer by Former Senator Man-On-Dog himself, Little Ricky Santorum. And, true to form, he conjured up all kinds of “Oooga Booga!” scenarios in response to the news that “a federal district court judge in… Boston ruled that the majority of Republicans and Democrats in Congress passed the Defense of Marriage Act for the one purpose forbidden by law: ‘to disadvantage a group of which it disapproves’.”

To which I reply, well…duuuuh! And of course, it is also appropriate that Santorum ended his stint at the Inky by taking another shot at Beantown, as he did here.

As noted here, “The (Boston) ruling relied on two arguments: that the law interfered with the rights of states guaranteed in the 10th Amendment, and that it violated the Constitution’s equal protection clause. “

Am I the only one who finds it ironic that a “tenther,” “states rights” argument was used to refute a position or belief most commonly held by Tea Party wingnuts?

Well anyway, I should note that, on the occasion of Santorum’s final Inquirer column, it really behooves us all to take a look back at some of his less stellar moments (I’m just providing excerpts here – if I included all of them, it would take two days to write this post)…

So there you have it, and with that, one “regular” right-wing ideologue columnist for philly.com bites the dust (don’t worry, though, since they still have at least three more between Kevin Ferris, Christine Flowers and John Yoo).

And I have no doubt that we’ll hear from Little Ricky again – I’m sure either The National Review or The Daily Caller is beckoning, probably among others.

Nothing like fighting the winguttery with the facts, is there? 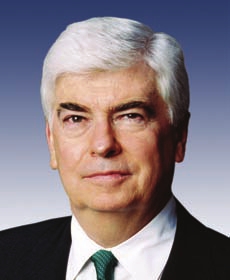 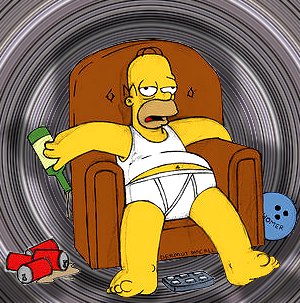 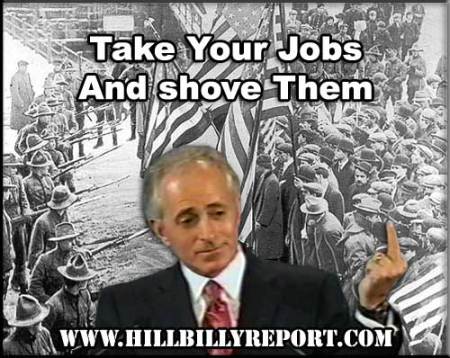 I thought this was an interesting New York Times article, which basically tells us that, while the image of this country abroad has suffered mightily under President Highest Disapproval Rating In Gallup Poll History, it seems that the rest of the world just can’t get enough of what gets churned out by the entertainment biz in the U.S., regardless of who’s in charge.

And I thought this excerpt was kind of funny, though perhaps inappropriately so…

Hilary Rosen, the former chairwoman of the Recording Industry Association of America, who was also present at the post-9/11 meetings, said that (Karl) Rove and other White House officials were looking for the kind of support Hollywood gave the United States during World War II.

“They wanted the music industry, the movie industry, the TV industry to produce propaganda,” she said. “Rove was putting a lot of pressure on us.”

I say “inappropriately” because of what had happened prior to that, of course, but when you realize how much of our corporate media (the Beltway “chattering classes” in particular) were totally “in the tank” for our ruling cabal of crooks, to the point where they were nothing but ciphers for Rove and company anyway…yeah, it’s kind of laughable (also considering how much conservatives routinely demonize Hollywood as some sort of hot bed of liberal subversion – oh, and by the way, I wonder if “An American Carol” is out on DVD yet? Any shot at turning a profit?).

Well, the answer seems plainly obvious, even to a filthy, unkempt liberal blogger such as yours truly; we need to turn our political-media culture (such as it is) into entertainment (aside from the low farce that it often is anyway, I mean).

And here are some ideas…

“GOP Survivor: Washington, D.C.” – Freshmen Republican U.S. House members gather at a “watering hole” in nearby Georgetown to plot, form alliances, and generally belittle each other in private interviews prior to participating in a series of competitions, with the winner to be awarded the position of House Minority Leader. Contestants must compete to see who can stand on perches mounted inside the Capitol rotunda for the longest period of time, conduct the longest interview on C-SPAN without a “bio break,” and see who can come up with the biggest list of pejorative words to describe the Democratic Party opposition (spoiler alert; no one wins because, at the end, the current minority leader, John Boehner, refuses to give up his position).

(Update 12/3/08: Just for the record, I messed up some things in that prior writeup that I fixed a few minutes ago.)

“The Harry And Mitch Variety Hour” – This week’s show features comedian Rush Limbaugh introducing a home video he made after popping too many OxyContin pills before flying down to Puerto Rico looking for hookers. Future episodes will include the song stylings of former Attorney General John “Lost An Election To A Dead Guy” Ashcroft, a re-enactment of his misadventure in the Minneapolis, MN airport men’s room with Larry Craig, and a film tribute of President-Almost-Gone George W. Bush and his most memorable malaprops. And as always, the show closes with the theme song “No, Harry,” describing all the ways Harry bargains, cajoles and occasionally sells his soul to pass legislation in the Senate, only to have Mitch defeat it in the end. Brought to you by Geritol.

“Barack!” – The creators of “CSI” bring us this cutting-edge drama starring the first African-American President of the United States, meeting with key Cabinet secretaries in the morning, flying out on Air Force One to resolve an international terrorist crisis – sometimes while brandishing an assault rifle or shoulder-fired rocket launcher – in the afternoon, and returning to our nation’s capital to resolve a family conflict in the evening (the “blaxploitation” genre lives again, with a healthy dose of the Huxtables and a dash of “The ‘A’ Team”). 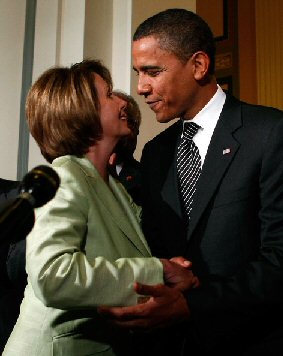 And in this week’s episode, the Speaker of the House comes down with a case of “jungle fever.”

(Hey, compared to what most of the world thinks of us at this moment, how could this NOT be an improvement?)