Nothing like fighting the winguttery with the facts, is there? 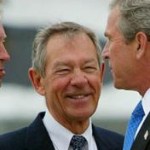 A Moment That Spoke Volumes

If anyone had any doubt that Sarah Palin is an utterly heartless neophyte, I think this should have resolved those suspicions.

I know it’s obvious that Repugs have no understanding of the concept of empathy or commiseration with people who aren’t just like them, but this just puts an exclamation point on that fact. 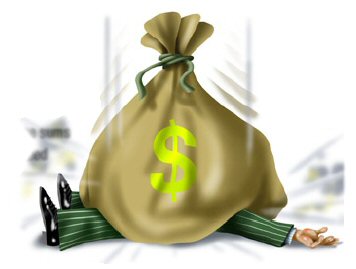 Returning to the New York Times, this story in the business section tells us how Sweden managed to recover from their financial turmoil in the prior decade that bears a striking resemblance to what we currently face (that is, “after years of imprudent regulation, short-sighted economic policy and the end of its property boom… its banking system was, for all practical purposes, insolvent,” according to the story).

Sweden did not just bail out its financial institutions by having the government take over the bad debts. It extracted pounds of flesh from bank shareholders before writing checks. Banks had to write down losses and issue warrants to the government.

That strategy held banks responsible and turned the government into an owner. When distressed assets were sold, the profits flowed to taxpayers, and the government was able to recoup more money later by selling its shares in the companies as well.

“If I go into a bank,” Bo Lundgren, who was Sweden’s finance minister at the time, told The Times, “I’d rather get equity so that there is some upside for the taxpayer.”

Sweden told its banks to write down their losses promptly before coming to the state for recapitalization. Facing its own problem later in the decade, Japan made the mistake of dragging this process out, delaying a solution for years.

Then came the imperative to bleed shareholders first. Mr. Lundgren recalls a conversation with Peter Wallenberg, at the time chairman of SEB, Sweden’s largest bank. Mr. Wallenberg, the scion of the country’s most famous family and steward of large chunks of its economy, heard that there would be no sacred cows.

The Wallenbergs turned around and arranged a recapitalization on their own, obviating the need for a bailout. SEB turned a profit the following year, 1993.

“For every krona we put into the bank, we wanted the same influence,” Mr. Lundgren told The Times. “That ensured that we did not have to go into certain banks at all.”

By the end of the crisis, the Swedish government had seized a vast portion of the banking sector, and the agency had mostly fulfilled its hard-nosed mandate to drain share capital before injecting cash. When markets stabilized, the Swedish state then reaped the benefits by taking the banks public again.

I hope at least some (or, dare I imagine – all?) of these ideas are being discussed within Congress, though, given the fact that moonbats such as this gentleman are given credence on this matter, I hope you’ll forgive me for my cynicism.

And in other indebtedness news, a full-page ad in the Times today reminded us that the U.S. currently owes the U.N. approximately $1.2 billion (actually, it’s closer to $1.3), though this Wikipedia article tells us that the so-called Helms-Biden legislation of 1999 (now there’s a combination!) was able to reduce our payments to the U.N. and related agencies based on negotiated reforms.

It should be noted that, of the $1.3 billion, according to the article, “$612 million is payable under Helms-Biden. The remaining $700 million result from various legislative and policy withholdings; at present, there are no plans to pay these amounts.”

Meanwhile, we canceled Iraq’s $4.1 billion debt here, even though, as noted here, that country now has a surplus of $79 billion.

O to be governed by adults again (118 days and counting, people).

Update: In a related vein, here’s “some straight talk you can believe in, my friends”; ka-chiiing! (and please don’t try to argue that Obama’s $126K of contributions from the employees is somehow worse).

This Think Progress post tells us that Our Gal Sarah Palin, despite being a self-professed “energy expert,” misstated the energy production of her home state, claiming that Alaska “produces 20 percent of the U.S. domestic supply of energy,” when it fact she would have been more on the mark to say that her state produces that much in oil; I mean, she still would have been wrong (the number is about 14 percent), but at least she would have been closer to the truth (this was noted in the excellent report on her by NBC News, the video of which I embedded last night here).

So I’ll tell you what, Governor “I-Didn’t-Blink-Well-Then-Again-Maybe-I-Did,” I’ll give you a chance to reclaim your footing a bit on this issue, you might say.

What do you think of UNCLOS?

I mean, I can pretty much guarantee that you would oppose it, since it enables the U.N. to be arbiter of jurisdictional matters regarding a country’s marine assets (it should be noted that the Wikipedia article states that Bushco favors ratification, which to me is a shocking acknowledgement that we belong to a community of nations from our ruling cabal of outlaws).

Here is a prior post on the matter so you can read more about it, as they say (it should be noted that Jim Inhofe leads the opposition to UNCLOS in the Senate, which tells you a lot right there, along with the fact that Lou Dobbs opposes it also, as noted here).

And just to make it easier for you, I should note that your opposite party VP nominee Joe Biden favors it. So for a self-professed “energy expert” such as yourself, you shouldn’t have too difficult of a time formulating a stand, particularly since it has such a nearby impact, you might say (and also, Medvedev and Russia have ratified UNCLOS and are ready to seize “black gold” right in your backyard, as noted here).

Oh, and one more thing: I really can’t see how you lose on this issue, when you think about it. Even if you support UNCLOS and it is eventually ratified by Congress but you still end up losing out on the oil to Medvedev, you and your AIP pals can always secede and join Russia, accomplishing your professed goal and getting a piece of the petroleum action in the bargain.

Update: And by the way, in other “Governor Hottie” news, would you call this the “nuclear option” for trying to bring the “Troopergate” investigation to a screeching halt?