(Caught a bit of a break with posting today…)

Update 10/19/10: And speaking of the Chamber, I’m sure this has been going on for years, but kudos to Think Progress for highlighting it now.

Update 10/19/10: Very much in heroic fashion, Think Progress continues to “connect the dots” the way Harwood and the rest of our corporate media absolutely will not here.

Some of these are a few days old, but this is my first chance to say anything in response… 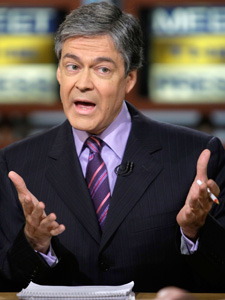 For President Obama and Congressional Democrats, public opinion this past year has mostly gone in the wrong direction — on his job performance, on health care and economic stimulus, on midterm elections.

It’s interesting to me that Harwood would say that, given this poll that appeared in his own newspaper last month saying that those surveyed still trusted Obama over Republicans, though three-quarters of those surveyed said they disapproved of Congress, the highest percentage since the survey started in 1977 (often, though, this is a case where the institution is vilified, though those surveyed often hold a more favorable opinion of their legislators).

Harwood also tells us the following…

Of course, heaven forbid that Harwood would actually cite a number to support his claim of “rising disaffection with government.”

Also, when it comes to the possibility of a financial regulation bill from the Senate…

I don’t really have a criticism of Harwood on this item, but I just wanted to point out the following concerning Dodd’s “interlocutor” (here).

And Harwood gives us a real whopper near the end…

…financial regulation gives Democrats a rare opportunity to tap the Tea Party populism that Republicans have exploited on health care.

If Harwood thinks any Democrat whatsoever can achieve common cause with those uninformed, Obama-hating, conspiracy-theory-crazed, primarily white, middle-aged fools wearing their funny hats and carrying their detestable signs, then he must be taking hallucinogenic drugs.

…if you’re a liberal and you want universal coverage in this country, and think that you can do better, that Harry Reid can do better than he’s done that the White House can do better, they ought to lay off the hallucinogenic drugs because we’ve had a vivid demonstration of the limits of political possibilities on this issue.

This post tells us that Harwood copped a plea to the dreaded “liberal bias” even when that wasn’t even posed as a question, thought it was “remarkable” that Obama was elected president when he’d led for the entire campaign last year, and accused Obama of “a course of tax increases and ambitious social engineering” (memo to all employees of the New York Times: it does you no good to try and concoct “Drudge bait” – the wingnuts will still hate you). Also, Harwood had fun with the supposed “issue” of Hillary Clinton’s cleavage here (journamalism scraping the bottom of the barrel, people).

Oh, and this tells us how Harwood equated CNN and MSNBC with Fix Noise without even bothering to compare them.

And Harwood tells us to get off the hallucinogenic drugs?

Well, I just have one thing to say in response: