(I know I’m a news cycle or two behind on some of this stuff, but this is the best I can do.)

Update 9/26/10: I would say that this is a good reason to protest drilling in the Marcellus Shale (dear God).

Chris Christie, Friend Of The Environment

(And yes, I’m being sarcastic.)

I suppose it’s progress that Christie, at least, didn’t compare anyone trying to clean up NJ’s air and water with using “drug mules,” as he did with the state’s teachers here.

When it comes to “going green” with Christie, that means rewarding campaign contributors and their dollars, not taking steps to curb pollution and vehicle traffic that would make New Jersey a healthier place to live.

A Word On The Repug “Resurgence”

I think that, with the passing of a few months, we can now step back and look at what has been wrought by the Repug “winds of change” that have blown across our political landscape.

Let’s begin in New Jersey, where the following was written about Gov. Chris Christie (here)…

Still, some conservatives acknowledge that they’re still a little wary of Christie, noting that the governor-elect has embraced moderate positions in the past.

Personally, I find nothing whatsoever that is “moderate” about Christie’s first budget, including the following (here)…

To close a deficit that he asserted was approaching $11 billion, Governor Christie called for the layoffs of 1,300 state workers, closings of state psychiatric institutions, an $820 million cut in aid to public schools, and nearly a half-billion dollars less in aid to towns and cities. He also suspended until May 2011 a popular property-tax rebate program, breaking one of his own campaign promises.

Democrats were quick to characterize Mr. Christie’s proposal as falling disproportionately on the backs of the middle class, the poor, the elderly, schoolchildren, college students and inner-city residents, while leaving largely unscathed the wealthy and most businesses.

In a nutshell, I would say that this cartoon symbolizes Christie’s budget priorities.

So what of Christie’s fellow Repug governor Bob McDonnell in Virginia?

Well, this tells us how Ken Plum, a Democratic member of the state legislature, has joined a protest mounted by Virginia’s academic institutions of McDonnell’s directive (though Attorney General Ken Cuccinelli) “to rescind policies that ban discrimination on the basis of sexual orientation.”

And of course, McDonnell is a charter member of the “Drill, Baby, Drill” chorus (along with President Obama, sadly), even though such exploration will likely not yield much oil, and any benefit of such an activity would not be realized for years (and of course, no one knows for certain what kind of environmental damage would ensue).

Last but possibly least, I give you Scott Brown, the third member of this “wave,” whose signature accomplishment thus far, as noted here, is to fundraise off the imaginary campaign challenge of MSNBC TV host Rachel Maddow.

So, while it is still possible for the Repugs to mount a “second wave” for November, it appears that they don’t have much else to campaign on besides values voter-fueled indignation (of course, the Democrats can’t assume anything either, though delivering on health care reform will give them a “push,” IMHO).

I guess I should come up with something of an April Fools’ joke out of this, but to me, the only thing that qualifies is the notion that any Repug politician is anything other than a craven servant of the corpocracy who offers nothing but umbrage at Democrats and the “religion” of tax cuts for the “pay no price, bear no burden” crowd while the “ownership society” leaves everyone less well off ground down even further than they already are. 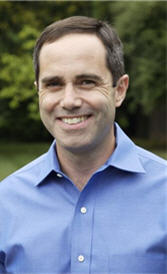 Last week I sent a letter to New Jersey legislators urging them to reconsider the proposal that would require all state, county and local government employees, as well as teachers, firefighters, police officers and other public employees in the state, to reside in New Jersey within four months of employment for new hires and two-and-one-half years for existing employees.

I am calling on these legislators to ‘grandfather’ in current employees, exempting them from this residency requirement.

This proposal would adversely impact many families in the Newtown-Yardley area, potentially putting them in a position of having to move or lose their jobs within two and a half years. It could have a devastating impact on our local economy. It is a question of fairness, and it is simply not fair to change the rules midway through the game.

I encourage you to join me in calling on the New Jersey legislature to reconsider this residency requirement. Click here to sign the petition.

For all of the latest information about issues in state government that affect you, please check my Web site often. And as always, please contact me if I may be of further service to you or your family.

This was covered in the Bucks County Courier Times recently here, and in response, Santarsiero’s Repug opponent “Self” Ciervo said:

“Steve is grandstanding,” said Ciervo. “He should be focusing on things he has control over and doing the job he was elected to do. This proposed bill in New Jersey is going nowhere and is just grandstanding by some politicians over there.”

Oh, I don’t know about that, Teabagger Rob. As this nj.com story tells us, the bill enjoys the support of Repug Gov. Chris Christie, who has commenced trying to balance the state budget on the backs of the poor, sick and elderly, to say nothing of the public schools (here…memo to progressives everywhere – this is what happens when you sit on your hands during an election cycle).

And I don’t think it would be prudent of me to hold my breath waiting for Ciervo to call out a fellow Repug on this (the NJ relocation bill, I mean).

Charles Dickens would be so proud (here)…

Although he used a prompter to deliver (his 28-minute inaugural address after his swearing-in as New Jersey governor) and hewed closely to his prepared text, Mr. Christie pounced on an opportunity to flash his quick wit.

At one point he singled out several “New Jersey heroes,” including Jim Benedict of Freehold, the founder of a soup kitchen that, in Mr. Christie’s telling, provides free meals to the hungry three times a week. Mr. Benedict duly stood and was applauded, but called out to Mr. Christie that the charity actually serves meals four days a week.

Laughing at his error, Mr. Christie replied, “In this administration, Jim, we’re shooting for five.” The audience roared.

Wow, it looks like workhouses and the manufacture of gruel will apparently be growth industries under a Christie administration.

And the fact that the crowd “roared” in anything but disapproval and protest represents a rather grotesque disconnect between the hardships of everyday residents in the Garden State and the relatively slight difficulties faced by the privileged few currying for Christie’s favor.