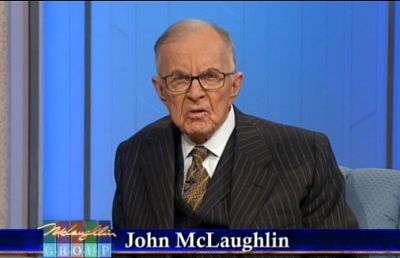 (The reference in the title comes from a quote by former ABC News reporter/anchor Sam Donaldson, by the way.)

I suppose I should say something about the passage of this guy, not because I have anything particularly brilliant to add, but maybe just to vent ultimately (hey, if I can’t vent at my own blog, where can I do it, right?).

I wouldn’t say that I started to become politically aware thanks to his program – that’s a stretch, I’ll admit. For what it’s worth, I started to learn more and more about the con that was being played out as part of the ruinous conservative ascendancy in this country in the ‘80s under The Sainted Ronne R, and that is when I tried to consume more from newspapers, TV news casts and “opinion” programs (to go back even further, I suppose that the murder of John Lennon made me pay attention to the issue of gun control in a way that I never had before, though I admit that I should have before then).

I guess, in my naiveté, I sought out objective and responsible media as much as I could in response to what I believed was the wholesale abandonment of the middle class as a result of the flight of capital offshore, the craven and disastrously irresponsible codification of the thoroughly not proven mantra of perpetuating crony capitalism and the “ownership society” via something relatively new to that time called “trickle-down economics,” fanning the flames of hostility against unions, minorities, women, and working families overall (which, among other things, spawned the phrase “Reagan Democrat,” something that STILL requires me to suppress a gag reflex after all this time), and the demonization of anyone with a political opinion other than what passed for movement conservative thought.

And with all of that going on, I found myself watching “The McLaughlin Group” starting in the early ‘90s, and probably until later during that decade.

I know it seems quaint to admit now, but I watched that show with the hope of being informed on the issues that actually mattered. What I eventually came to realize, though, was that the intent of that show (intended as far as I’m concerned), first and foremost, was to elevate the “cult of personality” of the Beltway journos who appeared on the program.

Don’t get me wrong – there were some moments of actual substantive discussion. However, it became more and more clear that what mattered above all else was self-promotion.

Oh sure, there were moments when I actually learned a thing or two; I guess the main reason I kept tuning in was to watch Jack Germond, someone more professionally accomplished than everyone else on that panel put together. I give Eleanor Clift points for tolerance and endurance and frequently carrying the banner of the lefties/Democrats and, truth be told, the reality-based community. Morton Kondracke also had some worthwhile input on occasion, though it was obvious that he wanted to be part of the club, and that came through in almost everything he said. And Chris Matthews was pretty much the same thing you see now. And as far as Clarence Page goes, he became another reason to watch after Germond started drifting away from the show.

On the other side, it’s hard to describe how utterly loathsome Pat Buchanan was, again, then as now. Fred Barnes (again, then as now) was nothing but a lickspittle blathering whatever conservative talking points were handed to him before the cameras rolled. Mortimer Zuckerman occasionally crossed over into the realm of common sense, but that never lasted for too long. And I couldn’t keep track of the other assorted right-wing meat sacks who posed for the cameras, dutifully volleying back and forth with the host.

And as for McLaughlin himself, I got it that he realized he was the ringleader of all of this and occasionally had fun with it (which he was entitled to), but after watching that program, I found myself no more informed or educated in the way I thought I needed to be than I was before I started watching. And I guess this had the happily unintended consequence of making me seek out writers like Joe Conason, David Sirota, and in particular The Eternal Molly Ivins in order to find a proverbial clue.

So yeah, I suppose I should give McLaughlin a bit of credit in that he motivated me to seek out better media than what I was consuming at that time in order to learn more about the issues that impacted my life and the lives of those around me and what I should think, say and ultimately do in response. But I think he ended up blowing a golden opportunity, given his profile and that of his show, to practice actual quality journalism for the sake of perpetuating his own peculiar version of a carnival tent show that dovetailed nicely with the emergence of all-out-attack conservative media during the Bill Clinton years (and oh yeah, his show had enough of a profile to get parodied in the movie “Watchmen” as well as earning a nod in “Dave” and other topical films).

I guess there are worse legacies to be had. But I can think of a lot better ones too.

Update 8/20/16: I also forgot about Bob Maynard who appeared on the “lefty” side; aside from being a true pro, I admired the fact that he never lost his cool despite all of the often-idiotic banter on that show.