In Defense of a Progressive Hero 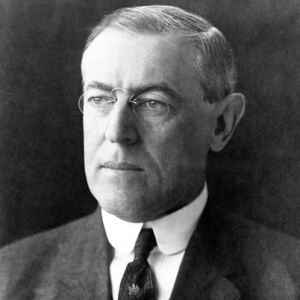 There are some issues out there where, for better or worse, I admit that I break with what you might call liberal/progressive orthodoxy. One of them is the death penalty; I don’t believe that I have the right to tell someone who has had a friend or family member killed as the result of a violent crime that the person who was convicted of that crime cannot be put to death for it. The issue I have with it now, though, is how it is carried out – I have a problem with the application of the death penalty (here), but not the death penalty in principle.

Another issue is the guilt of Mumia Abu-Jamal; I’ve heard some learned arguments about the fact that the jury pool that convicted him was disproportionately white, but as far as the facts and evidence, I have not seen anything to date that convinces me that he didn’t kill Officer Daniel Faulkner.

And now, I’m writing about another issue where you can say that I part company with what you would call conventional wisdom.

They said they were determined to stay and sleep in university President Christopher L. Eisgruber’s office until he agrees to make campus-wide changes for black students.

Among the changes they demanded the administration recognize the “racist legacy,” of Woodrow Wilson and change the name of the Woodrow Wilson School of Public and International Affairs – as well as anything else bearing the former Princeton and U.S. president’s name, the letter stated.

I think this is taking political correctness to an utterly absurd level for reasons that I will do my best to try to explain (and I know that Dr. Cornel West, a man I otherwise respect, is now involved – just an observation and not a commentary on West one way or the other).

I am not a Wilson scholar, and I didn’t even go to Princeton; years ago, I wrote a term paper on Wilson while in college (I think I got a B for it). However, I did recently read a book by someone who I consider to be a scholar on Wilson, and that is A. Scott Berg (here).

(Now, before I begin, I want to note two things: 1) I will be careful about my selections from Berg’s book since I didn’t contact the publisher for permission to publish any excerpts from it, and 2) there are no financial considerations whatsoever involved in me doing this – I just want to put out there what I think is the best information available.)

Also, it is true that Wilson was a “son of the south,” having been born in Staunton, VA in 1856, and he enjoyed what could be called borderline racist activities such as mimicking the telling of Uncle Remus stories he heard as a boy and imitating black speech affectations from the era (I mean, Amos n’ Andy, one of the most popular radio shows from about a century ago, were basically two white guys). And yes, Wilson liked “darky” jokes and minstrel shows and participated in many such utterly “non-PC” activates during his upbringing and time in academia and government service.

But I have news for you – so did a hell of a lot of other people during the last century! And I don’t know if this will shatter any illusions or not, but I’ve said what you would call racial things too. Stupid on my part? Definitely. Sorry? Again, definitely. But I like to think that I’ve learned and know better now (it’s called “evolving,” which most people do on this and plenty of other issues).

Getting back to Wilson, though, I want to note three passages from Berg’s book that I think merit special consideration on the question of Wilson’s racism. Here is the first:

When it comes to race issues, Berg recounts how Wilson basically was betrayed by William McAdoo, who was Wilson’s Treasury Secretary and would also become Wilson’s son-in-law by virtue of his marriage to Wilson’s daughter Eleanor, and Albert S. Burleson, in charge of the U.S. Post Office. Both were primarily responsible for the segregation of their departments.

“Wilson…did not equate segregation with subjugation. Rather, he considered it a way for Negroes to elevate themselves, getting a foothold in American institutions so that they could start assimilating. He thought the new forces of black workers in the federal government first had to occupy the same buildings as whites before they could share the same rooms. Gradually, he believed, proximity would breed familiarity, and, in time, harmony. Powerful bigots saw segregation as a way to keep the black man down; but Wilson viewed it “with the idea that the friction, or rather the discontent and uneasiness, which had prevailed in many of the departments would thereby be removed. It is as far as possible from being a movement against the Negroes. I sincerely believe it to be in their interest.” While his cabinet members had put the policy in motion, Wilson stood behind it and owned it. “My own feeling,” he told (American journalist Oswald Villard), “is by putting certain bureaus and sections of the service in charge of Negroes, we are rendering them more safe in the possession of office and less likely to be discriminated against.” Or so (Wilson) had convinced himself.

Was it wrong for Wilson to defend this arrangement? Yes. But I don’t think Wilson did so with racial intent.

“I believe that by the slow pressure of argument and persuasion the situation may be changed and a great many things done eventually which now seem impossible,” Wilson said. “But they cannot be done, either now or at any future time, if a bitter agitation is inaugurated and carried to its natural ends.” He appealed to Villard and the NAACP to “aid in holding things at a just and cool equipoise until I can discover whether it is possible to work anything out or not.” Wilson believed that there was so much intolerance in the nation just then that it would take “one hundred years to eradicate this prejudice”; if they could all avoid stirring emotions with incendiary talk and rely on evolution, they might be able to avoid revolution.

The second passage in Berg’s book has to do with the utterly barbaric 1918 Estill Springs lynching and (believe it or not) genital mutilation (lynchings were commonplace back then), about which Wilson said the following…

“There have been many lynchings,” he added, “and every one of them has been a blow at the heart of ordered law and humane justice.” He declared such actions as nothing less than un-American. “We are at this very moment fighting lawless passion (referring to Germany and WWI),” Wilson stated, and lynchers only emulated Germany’s disgraceful example by disregarding the sacred obligations of the law. He said, unequivocally, “Every American who takes part in the action of a mob or gives it any sort of countenance is no true son of this great Democracy, but its betrayer, and does more to discredit her by that single disloyalty to her standards of law and of right than the words of her statesmen or the sacrifices of her heroic boys in the trenches can do to make suffering peoples believe her to be their savior.” He implored every Governor, law officer, and citizen to cooperate, “not passively merely, but actively and watchfully – to make an end to this disgraceful evil.”

The third passage of Berg’s book has to do with the private White House screening of “Birth of a Nation,” filmmaker D.W. Griffith’s hosanna to the Ku Klux Klan (and yes, I admit that that screening actually took place). Wilson had this to say afterwards…

“It is like writing history with lightning. And my only regret is that it is all so terribly true,” Wilson reportedly said when the lights came up (after the screening was over). In fact, Wilson almost certainly never said it. The encomium does not even appear in the unpublished memoirs of the self-serving Thomas Dixon (whose book “The Clansman” was the basis for the movie – Dixon apparently was able to “play” Wilson somewhat to get publicity for the movie). The only firsthand records of Wilson’s feelings about the film appear in a letter three years later, in which he wrote, “I have always felt that this was a very unfortunate production and I wish most certainly that its production might be avoided, particularly in communities where there are so many colored people.” There is no record of his sentiments beyond that, though he surely would have been troubled by the political implications of publicly supporting a movie mired in controversy. Another member of the audience that night reported that the President seemed lost in thought during the film and exited the East Room upon its completion without saying a word to anybody.”

I think something else should be considered in the matter of trying to expunge Woodrow Wilson, noted by Professor Geoffrey R. Stone (here)…

Wilson also made progressive innovations in the curriculum, raised admissions standards to move Princeton away from its historic image as an institution dedicated only to students from the upper crust, and took strides to invigorate the university’s intellectual life by replacing the traditional norm of the “gentleman’s C” with a course of serious and rigorous study. As Wilson told alumni, his goal was “to transform thoughtless boys . . . into thinking men.”

Wilson also attempted (unsuccessfully because of the resistance of alumni) to curtail the influence of social elites by abolishing the upper-class eating clubs, appointed the first Jew and the first Catholic to the faculty, and helped liberate the university’s board of trustees from the grip of tradition-bound and morally-conservative Presbyterians. Given that record of achievement, it’s easy to understand why Princeton has chosen to recognize Woodrow Wilson as one of its greatest and most influential presidents.

Basically, Princeton wouldn’t even BE Princeton if it weren’t for Woodrow Wilson!

What are we to do with Franklin Roosevelt, who ordered the internment of 120,000 persons of Japanese descent? With Dwight Eisenhower, who issued an Executive Order declaring homosexuals a serious security risk? With Bill Clinton, who signed the Defense of Marriage Act? With Barack Obama and Hillary Clinton, both of whom opposed the legalization of same-sex marriage?

And what are we to do with Supreme Court Justice Oliver Wendell Holmes, who once opined in a case involving compulsory sterilization that “three generations of imbeciles is enough”? With Leland Stanford, after whom Stanford University is named who, as governor of California, lobbied for the restriction of Chinese immigration, explaining to the state legislature in 1862 that “the presence of numbers of that degraded and distinct people would exercise a deleterious effect upon the superior race”?

And what are we do with all of the presidents, politicians, academic leaders, industrial leaders, jurists, and social reformers who at one time or another in American history denied women’s right to equality, opposed women’s suffrage, and insisted that a woman’s proper place was “in the home”? And on and on and on.

I think this entire movement to rid Woodrow Wilson from Princeton University is a publicity crusade by people who don’t have the slightest notion whatsoever of Wilson’s true legacy. I believe the entirety of Wilson’s vast accomplishments cannot and should not be diminished by admitted lapses in racial judgment and temperament to the point where individuals who have benefitted from Wilson’s enduring legacy now claim the right to disparage the individual who, more than anyone else, created the template for Democratic Party leadership that has endured for over a hundred years and stood as a bulwark against the corporatism and nativism that has threatened our democracy almost from its very inception.