A Word About “Fake” News (updates) 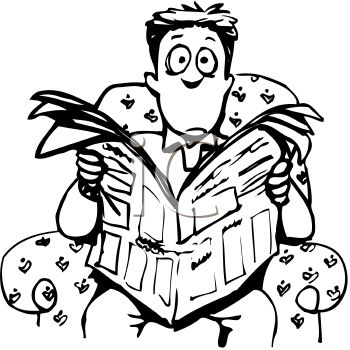 I think it’s safe to say that we’re going to be trying to pin down the reasons for Hillary Clinton’s campaign loss for a little while, especially given the fact that, at this moment, the Electoral College is all but certain to proclaim Donald J. Trump as our next president, as horrifying as that reality is (and believe me when I tell you that I’d love to be wrong). And yes, I know I personally have already engaged in this exercise in this space, and at a certain point the whole damn thing starts to become repetitive or self-serving, or both.

However, I believe I must add something to the discussion about so-called “fake” news that, as nearly as I can tell, has been missing.

As far as I’m concerned, the concept of “fake” news isn’t new at all. You could argue that the means to propagate it is relatively new (that is, by means of social networking sites, most infamously Facebook). To me, though, “fake” news has propagated like metaphorical weeds all over the manicured green grass of what should be our information landscape ever since the repeal of the Fairness Doctrine in 1987 (and, not coincidentally at all, the arrival of Fox “News” 20 years ago).

There has definitely been a conservative element in this country from its inception, of course – isolationist, capitalistic, racist, among other faults (not to say that the other side has been perfect on this stuff either…far from it, actually). And they have had their own sympathetic media voices for a long time (such as Westbrook Pegler and Jack O’Brian in the 1950s, who were precursors to William F. Buckley, Irving Kristol, and others). However, they remained relegated to the sidelines by comparison in response to the legitimate news networks and professionals of our corporate media who, long ago, were not saddled with the burden of profitability. I would also argue that conservatives realized just what kind of an impact the media could have on our politics when the work of Bob Woodward and Carl Bernstein led to Richard Nixon’s resignation in Watergate of course (if conservatives don’t have a sense of resentment over something and a need to attack “the other” in response – and Nixon’s fall gave them that in their estimation – then they truly have nothing).

The ascendancy of their hero Ronald Reagan gave them the excuse for triumphalism in their media and discourse overall (print back in those days), but it wasn’t until the election of Bill Clinton and the advent of communication online at about that time that they found a way to generate a self-sustaining media presence that (as far as I’m concerned) led to the whole “weed” thing I mentioned earlier. They saw that they could generate the requisite outrage aimed chiefly at our 42nd president over the “controversy du jour” and maintain their profitability in their little devil’s bargain (and of course, the financial success of Fox “News” speaks for itself, unfortunately).

To me, that is when the whole “fake” news thing started. And when the Supreme Court installed Clinton’s successor (aided by plenty of “fake” news from Frank Bruni, for one, in favor of the Republican nominee in that election), we found ourselves with a presidential administration that, to no small degree, started to fix its often disastrous policies in no small part on “fake” news (see Miller, Judith and the Iraq War).

Of course, the whole “fake” news industry had to shift gears when President Hopey Changey was elected in 2008 – I mean, they had to be outsiders all over again, so of course that led to all of the birther stuff, Bill Ayers, Rev. Jeremiah Wright, etc. I’ll never forget that useless hack J.D. Mullane’s column about how Obama was supposedly “racist” for saying that white people in this country cling to their guns and their religion in times of crisis, or something (even though that whole dustup almost sunk Obama’s campaign – again, the whole “fake” news business falls apart without a heaping dose of white resentment – I don’t think there was a speck of untruth in that statement).

So along comes 2016, and so what does the “fake” news industry do now? The answer is almost too easy, especially since another Clinton is now the candidate of the Democratic Party for president. And I would argue that this campaign brought us yet another evolution in the fake news industry…that is, not just to support a political party and opponent who is sympathetic to the corporate, conservative cause (with the so-called “values voters” being played for saps yet again), but to go for the whole enchilada, if you will. And by that I mean to roll back all reforms sponsored and initiated by the Democratic Party since the post-Great Depression and World War II era of Franklin D. Roosevelt (if you think I’m wrong, by the way, I give you this in response).

So yeah, the whole “fake” news industry has existed for a little while. And it has existed to the benefit of one political and corporate constituency only as far as I’m concerned.

Is it dirty and lowdown? Of course it is. But for any Democrat to campaign in this day and age without knowing that reality and finding a way to combat it somehow (including staging and broadcasting your own events, finding a way to interact with the key constituencies you need without the help of the usual alphabet soup of media culprits…in short, making your own damn media in response) shows a naivete that, as far as I’m concerned, is staggering.

Yes, “fake” news is one reason why Hillary Clinton lost. But there were many others, including the James Comey stuff and Putin’s hacking, as well as the fact that Trump knew that the election would be won or lost in the primarily white suburbs of this country, mainly in the Rust Belt (of course, Trump typically lied his ass off about protecting Social Security, Medicare and the Affordable Care Law, which those who supported him will learn to their horror I’m sure). And as nearly as I can tell, Trump made the election just close enough for the Comey/Putin stuff to make an impact; my point, though, is that the Clinton campaign should never have let it get that close in the first place (I wish I had a nickel for every time I heard about HRC beating up Trump but not making the case somehow as to why she would have been an infinitely better president).

I wish I could say that “fake” news will go away. However, given its impact in what has just happened, I cannot possibly imagine that that will be the case.

Update 1/13/17: Of course, I could be totally self-serving and point out that I’ve spent literally years trying to debunk fake news at this site and also at the Blogger site.

That is, if I really were self-serving of course (wink).

This entry was posted on Monday, December 19th, 2016 at 10:45 pm and is filed under Barack Obama, Bill Clinton, Donald Trump, Fox "News", George W. Bush, Hillary Clinton, Iraq, News Biz. You can follow any responses to this entry through the RSS 2.0 feed. You can leave a response, or trackback from your own site.