Some “Stugots” By The Murdoch Street Journal On Corzine (updates) 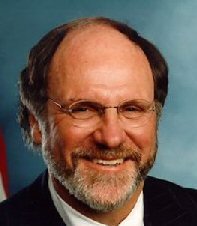 I have to tell you that William McGurn’s editorial rant today about the New Jersey governor’s campaign conjures up some odious ethnic stereotyping, so be prepared; God forbid that you criticize the rich as far as Rupert and his minions are concerned, though, lest you engage in “class warfare.”

And the timing of such propaganda definitely favors McGurn, given the recent revelations here about the 44 individuals swept up in a corruption probe centered in Brooklyn, N.Y.; Deal, N.J. (how apropos); and Israel (they include three mayors, two state lawmakers and several rabbis…and apparently, a whole bunch of black market kidneys hawking $160G apiece – Gail Collins of the New York Times had an uproarious column about this last Saturday…and yes, I know it really isn’t funny).

Here is some of what McGurn said ostensibly about New Jersey (in a column written in Rome, thus giving him an excuse to compare the “Garden State” machinations to that which currently embroil Italian Prime Minister “Uh Oh” Silvio Berlusconi…note: I used to track the “ups and downs” of Italy’s most famous – and probably most notorious – politician, but my time grew short and his excesses grew too large, so I gave up).

Much depends on (Corzine’s Repug Gubernatorial challenger Chris) Christie. As a U.S. Attorney, Mr. Christie put scores of dirty New Jersey officials behind bars. And his lead in the polls—one of them puts it at 12 points—is bound to widen with the indictment of so many officials from his opponent’s political party in an investigation he initiated.

Really? Christie supposedly got this ball rolling, as they say? Well then, he should have been featured prominently in the MSNBC story (if you search for his name in the story, though, you’ll find Christie isn’t featured – or even mentioned – at all).

And by the way, as noted here, a Christie ally is facing bribery allegations; we also learn the following…

You may recall that the corpulent Christie recently hit some head winds with revelations of his authorizing tracking people through their cell phones without first obtaining a warrant when he was district attorney (as the ACLU charges), the $50 million no-bid contract he gave to John Ashcroft (John Ashcroft was the U.S. Attorney General in 2003 when the decision not to prosecute Chris Christie’s brother Todd Christie for insider trading was made, though everyone else in the scandal was prosecuted), and the no bid contract he gave to David Kelley, also on the Todd Christie case.

And that doesn’t even mention Christie’s treatment of Essex County executive James Treffinger, a popular Republican who spent more than six hours in handcuffs and leg shackles allegedly because he made a comment about Christie’s “hulking frame,” as noted here.

But even harder than winning an election will be transforming the New Jersey political culture. If he is to succeed as governor, (Christie) will need to use the remaining time in the campaign to build public support for a radical reform agenda. Primarily this requires bringing home to Garden State voters something he does not yet seem to recognize himself: the link between his program to fight corruption and his program to revive the state’s economy.

And we all know the reason, don’t we, according to McGurn (wait for it)…

However, I think the following should be considered (from here)…

Adjusted for population, New Jersey’s in the middle of the pack (in terms of private sector job losses). Twenty-six states have had larger declines in private-sector employment than New Jersey’s 3.82% drop over the last 15 months. Twenty-three states and Washington, D.C., are faring better, including three – Alaska, North Dakota, D.C., Wyoming and Louisiana — that have added jobs in that time.

Since the Democrats took control of the New Jersey governor’s office in 2002 (including the tenures of Jim McGreevey and Dick Codey), the state is down 86,900 private-sector jobs. Only three states have lost more. Six states have had bigger declines than the state’s 2.56% drop since January ‘02.

Actually, at this point, I very reluctantly have to give McGurn a bit of a nod here, because the line about only six states losing more private sector jobs is telling indeed.

I try to avoid posting on the Garden State since it has its own – how shall I put it – peculiar political environment, and what inevitably happens is that voters, probably out of abject disgust more than any other reason, “return to the fold” and vote Democratic come election time.

However, that is entirely problematic this time around (particularly with Christie leading Corzine here by 12 points, as noted here; again, I have to “give the devil his due” and point out that McGurn is right on that number). Also, Corzine recently signed a stimulus bill of sorts for New Jersey which, as noted here, is opposed by New Jersey Policy Perspective, a Trenton-based liberal think tank, and the Sierra Club of New Jersey (if you’re a Dem seeking re-election, those definitely are NOT groups that you want opposing you instead of supporting you).

In short, there are legitimate reasons to criticize the job performance of Governor Jon Corzine (who, like all governors, has to deal with the worst economic climate this country has seen in about 70 years – Dubya’s “gift that keeps on giving”…and by the way, I admire the hell out of him for this). However, you’d have to be a real “mook” to blame it solely on some stereotypical, and rather cartoonish, criminal (in all likelihood) behavior.

Update 9/6/09: It’s getting harder to keep up with all of the Christie revelations (here and here…this guy shouldn’t be running for dog catcher, let alone governor of New Jersey).

Update 9/12/09: And it sounds like Christie’s running mate has a case of foot-in-mouth disease herself (here).

Update 9/24/09: Not an appearance of wrongdoing by Christie on this, but interesting anyway,

This entry was posted on Tuesday, July 28th, 2009 at 8:38 pm and is filed under New Jersey Politics, Politics (General), Pundit Ponderings (Bad). You can follow any responses to this entry through the RSS 2.0 feed. You can leave a response, or trackback from your own site.